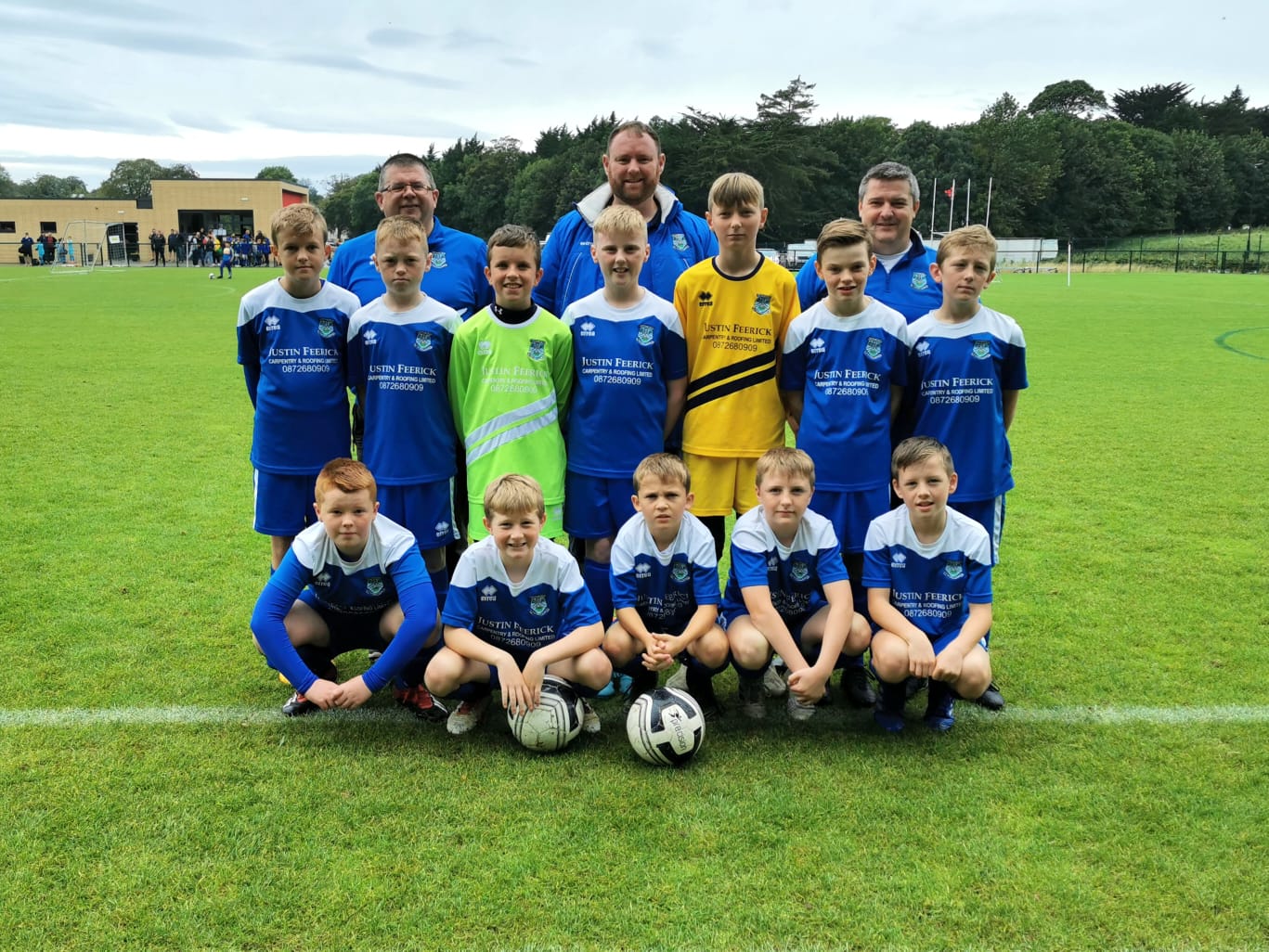 Our U12A team advanced to the 1/4 final of the Connaught Cup this afternoon with a fine 4-1 win against a very good St John's side.

The game was played in wet conditions with St John's having much the better of things in the first 10 minutes with the Manulla defence holding strong, things changed when on a very quick counter attack Ryan Cunningham crossed the ball into the far post for Dylan Dunne to bury into the back of the net.

Manulla settled after that and the game became much more end to end until right on half time when Ryan O'Donnell scored from outside the box to make it 2-0 at half time.

St John's came out flying in the 2nd half ,again putting our defence under huge pressure for the first 15 minutes of the second half when the very hardworking Ross Dalton made another run at the St John's defence and was rightly given a penalty when taken down and he stood up and put the penalty in the back of the net to make it 3-0.

Very shortly afterwards St John's got a penalty of their own and after a great save by Donal Murphy the rebound was put away 3-1. Manulla really pushed on and scored a great goal from distance by Ryan Cunningham to make it 4-1 and put the lads through to the next round.