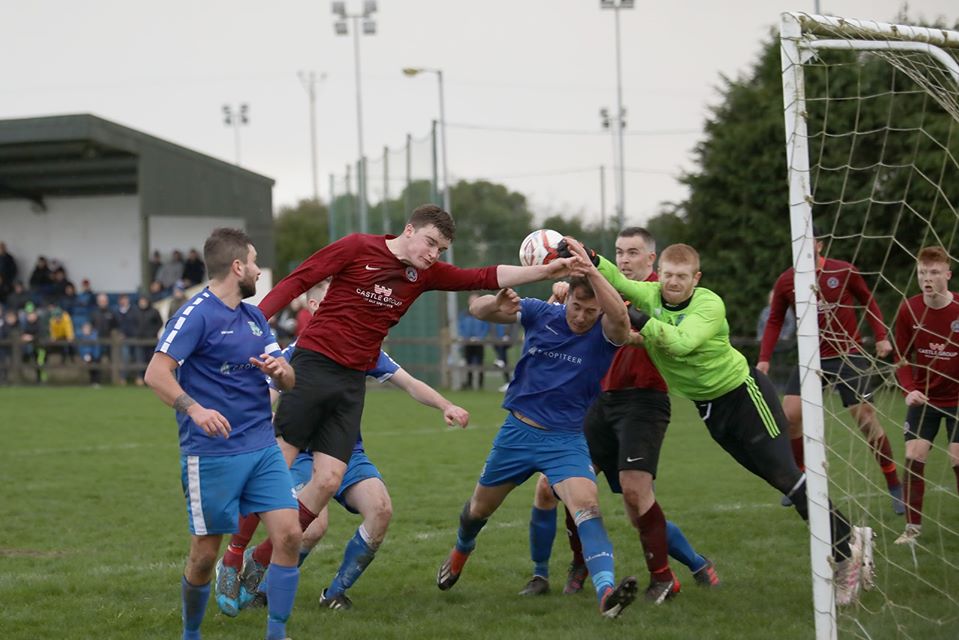 In front of a large crowd in Carramore Manulla faced Athenry in a bid to advance to the last 16 in the Competition.

A cracking game produced 9 goals, two penalties, and many, many talking points.

Athenry was to show great character to come out in the second half having been 3 nil down at the interval to grab victory late in injury time of extra time.

Having scored two goals of the season in the first half one by Gerry Canavan and the other by Matty Nolan, Manulla was in control at half time with Chris Maughan adding the third.

However, Athenry levelled late in the second half only for Jesse Deevers to put Manulla ahead with minutes remaining. Athenry came again and with seconds remaining in normal time, the sides were level again.

Athenry were to score late in the second period of injury time to advance to the next round and snatch victory from the home side.

A brillant performance by both teams especially manulla who are playing in their off season.

Best of luck to Athenry in the next round.